That’s right – the Terry O’Reilly! Star of CBC radio’s Under the Influence, bestselling author, thought leader, and podcaster to over 7 million downloads per year will be joining us for the first time at CAPS!

The smartest, most effective marketers in the world use storytelling to persuade. We are all hard-wired to love stories, and every product and service has a compelling story to tell. In this session, Terry will reveal how to use stories more impactfully – not only in your presentations – but also in your marketing.

Bonus – Terry’s session will be followed by a live interview on how he’s grown such a successful brand. 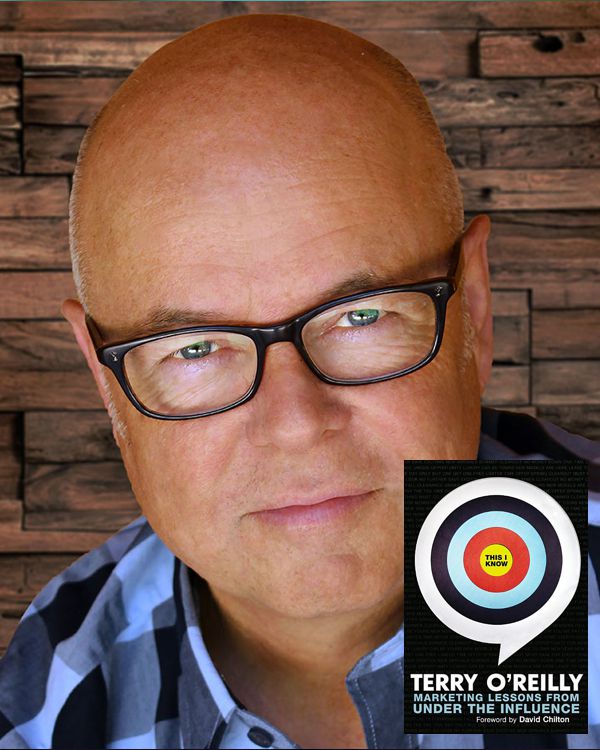 Terry began his career as Copy Chief for FM108 Radio in Burlington, Ontario, where he discovered that with meticulous planning and attention to detail, you can still fall flat on your face. With that learning, he went on to become an award-winning copywriter. He created campaigns for many of the top brands in the country, including Labatt, Molson, Pepsi USA, Goodyear Tires, Tim Hortons, Volkswagen, Nissan and the Hudson’s Bay Company.

In 1990, Terry co-founded Pirate Radio & Television. A creative audio production company producing scripts, sound and music for radio and television commercials, Pirate grew to a staff of 50 with 8 recording studios in Toronto and New York City.

“Crack the Code on Trust: Insider Techniques for Experts”

We evaluate credibility, likability, and trustworthiness within seconds. That means even if you have rehearsed your words perfectly and you say all of the right things, if your nonverbal cues are not in alignment with your words, you lose.

Using insider techniques she learned as an undercover police officer in the drug enforcement section and as a federal prosecuting attorney, Pamela will give you actionable techniques you can use to Crack the Code on Trust.

DISPLAY trustworthiness to improve and regulate how others perceive you.

DECODE nonverbal cues that provide feedback on how the other person is feeling, regardless of what they are saying.

DETECT deception with a greater degree of accuracy. 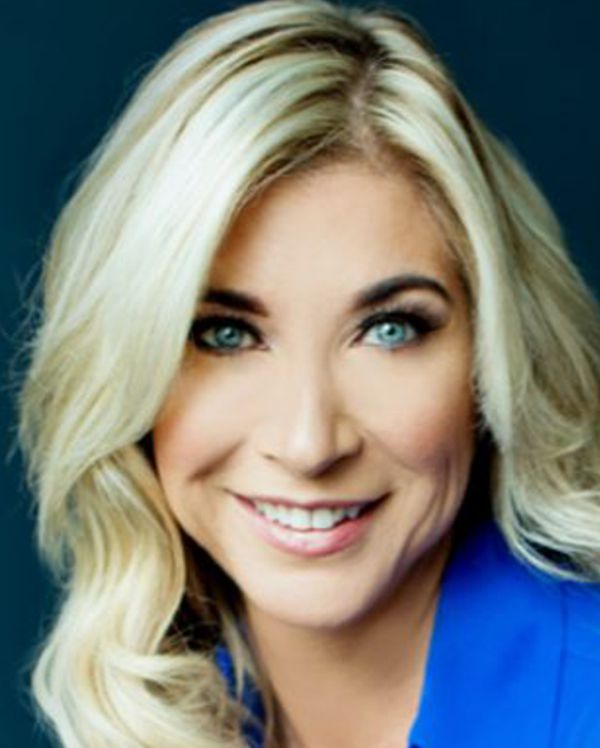 Pamela Barnum is a former undercover police officer and federal attorney. While working in the justice system, she learned real-world techniques for building trust, detecting deception, and interpreting body language.

As part of her graduate degree, Pamela studied corporate negotiations. Now she teaches others how to implement these techniques to negotiate better deals, increase sales, and build more trusting relationships. Pamela has been a featured expert and contributor on trust and body language in print media, radio, and television throughout North America.

Bonus – Pamela’s session will be followed by a live interview with Jane Atkinson. 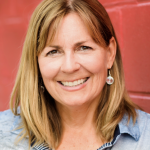 Jane Atkinson is the Founder of The Wealthy Speaker School where they help speakers build the businesses of their dreams.  She is a coach, mastermind leader, and the author of 4 industry books including the bestseller “The Wealthy Speaker 2.0” and her latest “Scaling Your Speaking Business”.

In this ‘unplugged’ conversation, Linked-in 2020 #1 Sales leader and CAPS Hall of Fame Inductee, Colleen Francis will reveal what’s worked and what hasn’t to grow her speaking business over a 20 year career. You’ll discover the often surprising steps that have created the breakthroughs that have managed to consistently grow her business; even through economic setbacks and the pandemic. Get ready to take notes because Colleen will be sharing tips that apply to both speakers early in their career, as well as seasoned veterans. 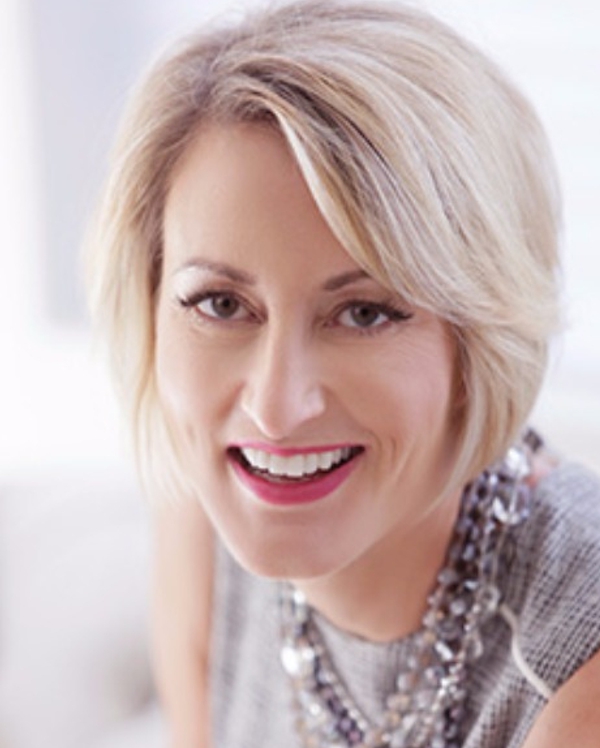 Colleen is driven by a passion for sales – and results. A successful sales leader for over 20 years, she understands the challenges of selling in today’s market. Colleen is a best-selling author and CAPS Hall of Fame inductee. She is recognized as one of the foremost thought leaders on the future of selling by leading publications world wide, including being named the #1 sales influencer to follow in 2020 by LinkedIn.

Former national CAPS President, Michael Kerr, CSP, HoF interviews two meeting and event professionals on what’s hot and what’s not in events that feature professional speakers. Anh Nguyen, Principle of Spark Event Management as well as head of Community Engagement at twine, and Marnie Ballane, Senior Vice President – Western Region of Speakers’ Spotlight speakers’ bureau will reveal their up to the minute observations on what they see happening with meeting industry formats, and what speakers can do to get booked and rebooked when working with event planners and bureaus. 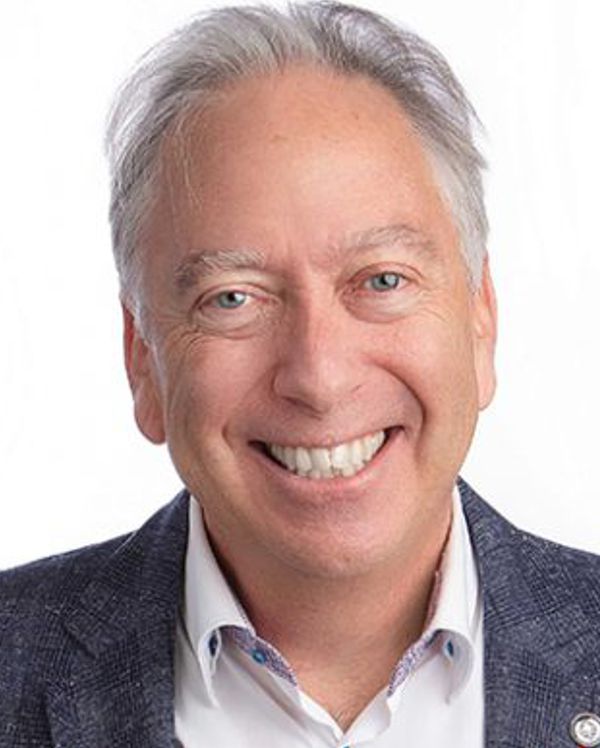 In pre-pandemic/zombie apocalypse times, Michael Kerr, HoF, CSP, travels the world researching, writing, and speaking about inspiring workplace cultures.  His Inspiring Workplaces blog has been recognized as one of the top-30 workplace blogs in the world.

Michael is also the author of 8 books, including “The Humor Advantage: Why Some Businesses Are Laughing all the Way to the Bank” and “The Jerk-Free Workplace: How You Can Take the Lead to Create a Happier, More Inspiring Workplace.” 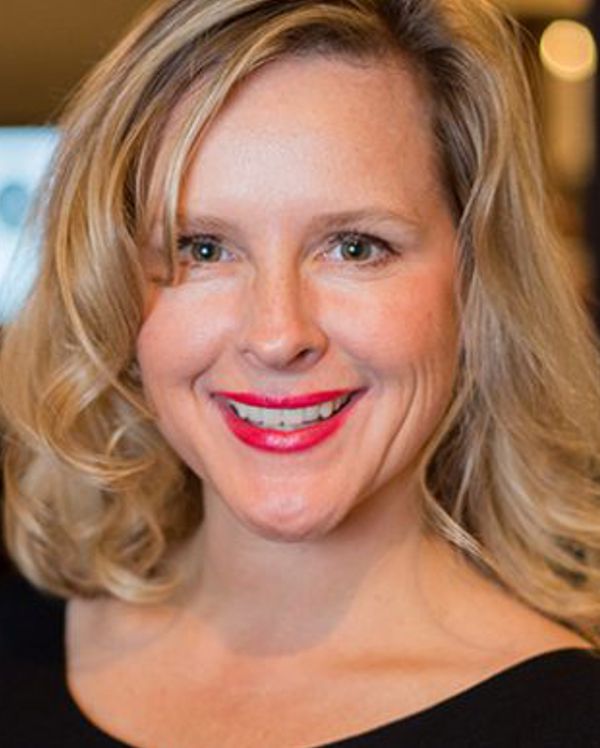 Marnie is the Senior Vice President – Western Region for Speakers’ Spotlight. She’s been in the speaking industry for 22 years and is passionate about creating exceptional client experiences. Marnie was introduced to the business after reading a best selling self-help book and meeting the author.  She ended up working with and promoting him for five years in Toronto before moving back to her native Calgary. She loves to get out and see speakers in action in Calgary and participate in industry events.

Marnie has a broadcasting diploma from Mount Royal College and an Arts Degree from the University of Calgary. Marnie has threes sons and plays tennis often and poorly. 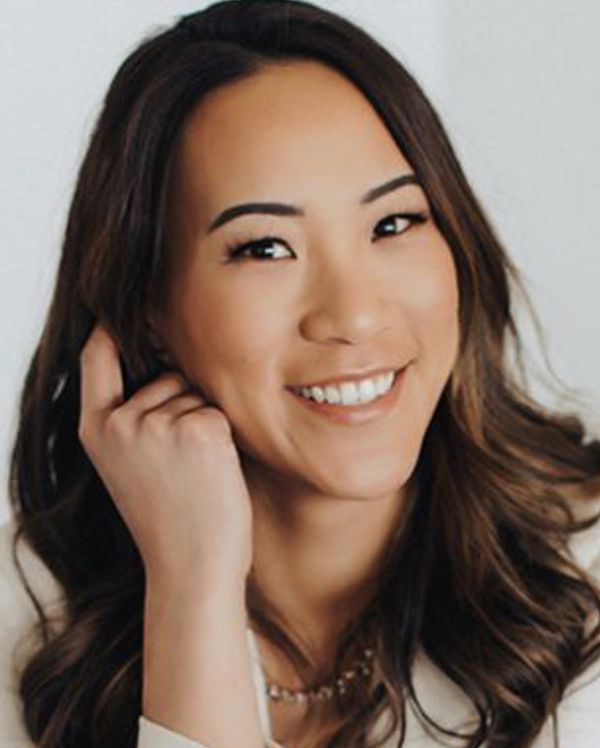 Anh is a seasoned business event professional who possesses over 15 years of event design, production, and management experience. She has managed a vast array of events and is known for her keen eye for detail while being able to lead, inspire and manage large, global teams.

“The ROI of making your clients feel significant”

Sam’s speaking journey started at the age of 17, and today – at the age of 21 – he runs a 6-figure business in the education space. Attend this session to learn about the ROI of making your clients feel significant, and how you can do so right now. 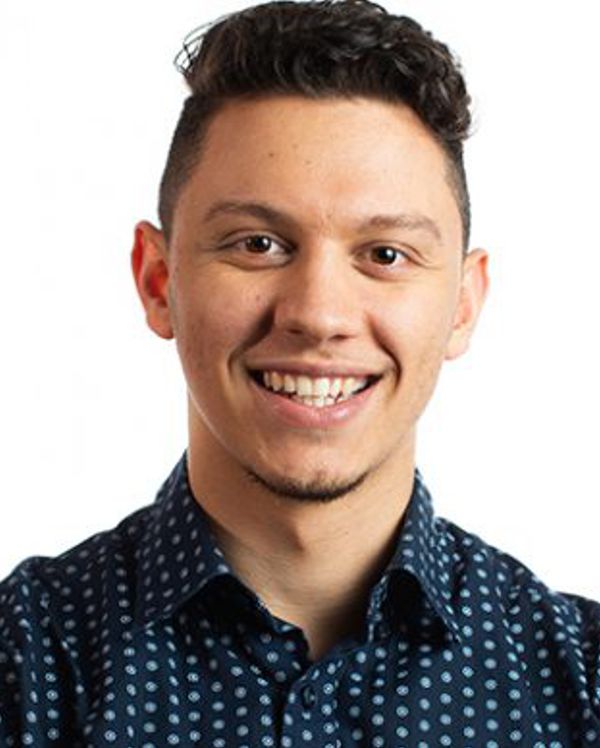 Sam Demma is an entrepreneur and youth speaker. He co-founded the volunteer organization PickWaste, created the High Performing Student, delivered two TEDx Talks, and is a CAPS Toronto Board Director. Sam’s mission is to provide students with the hope, tools and strategies they need to become servant leaders in their schools, businesses, teams, and in the lives of those around them.

Moolala inspires speakers of all levels to get a better handle on money to live the life they want. Bruce Sellery helps:

Identify the key mistakes you may be making with your money.

Create a simple plan to correct those mistakes quickly, and without requiring you to make personal finance your new hobby.

Get clarity on what you need to know and what you don’t to enable you to make more informed choices about your money.

Become more confident in talking about personal finance, removing the taboos that surround it. 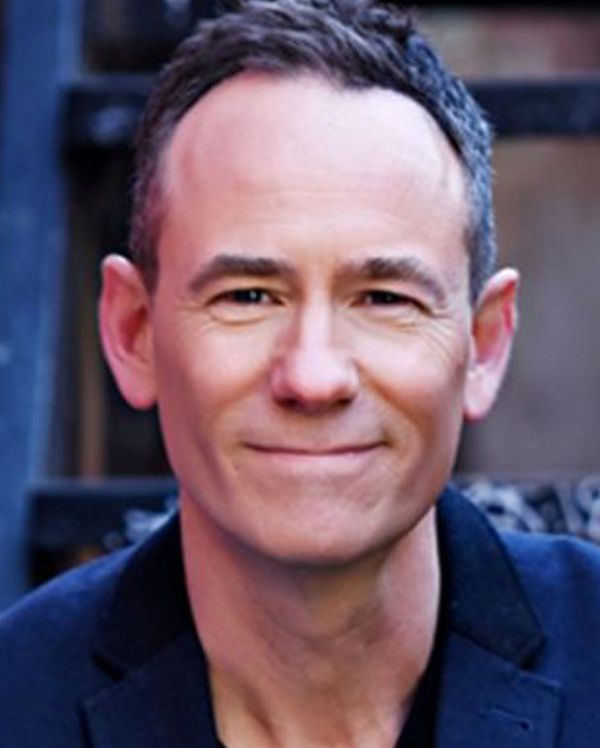 Bruce Sellery is a personal finance expert and the CEO of Credit Canada, the longest-standing non-profit credit counselling agency in the country.

He spent the last 20 years as a business journalist and money columnist for BNN Bloomberg, Cityline, MoneySense and the CBC and was the host of Million Dollar Neighbourhood on the Oprah Winfrey Network. His book, Moolala: Why smart people do dumb things with money (and what you can do about it), is a Globe & Mail bestseller.

“Your SEAT of Success: How to create and sustain a front-row speaking career”

You deserve a front-row seat and our closing keynoter will help usher you there. Marilyn Sherman has 26 years of experience as a full-time speaker and member of the National Speakers Association. Her SEAT of Success message will inspire your personal and professional life. She’ll also share lessons learned, ah-ha’s and faux-pas from a girl with a dream to the speaker Hall of Fame. Want to know how to connect more effectively? You will learn how to engage better with:

And the final one that you’ll have to be present to find out! 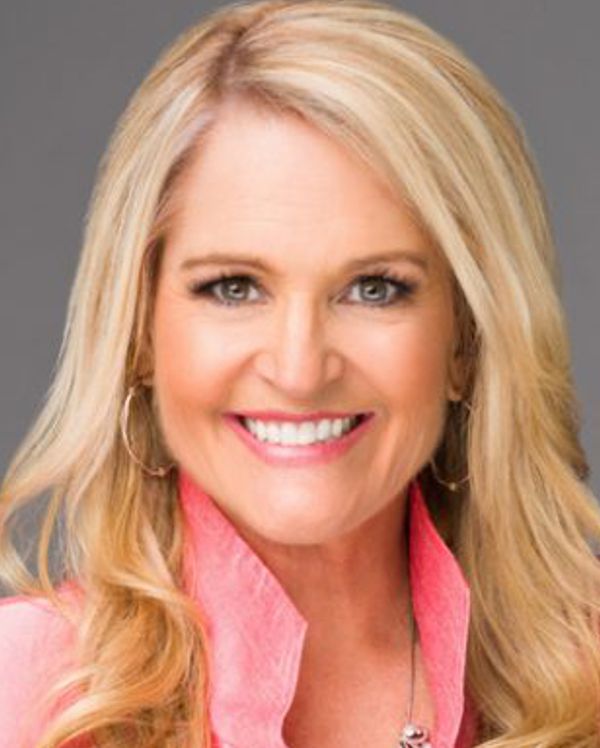 Marilyn Sherman is a member of NSA’s CPAE Speaker Hall of Fame. She is one of 182 members in the world who hold this designation, which is a representation of her body of work in the speaking profession to the clients she has served for over 25 years. In those years she has motivated audiences to get out of their comfort zone and get a front-row seat in life. Marilyn is also the author of four motivational books including, “Is there a Hole in your Bucket List?”, which was described by Forbes as one of the top 10 leadership books for 2019.

Bonus – Marilyn’s session will be followed by a live interview with Jane Atkinson.

Jane Atkinson is the Founder of The Wealthy Speaker School where they help speakers build the businesses of their dreams.  She is a coach, mastermind leader, and the author of 4 industry books including the bestseller “The Wealthy Speaker 2.0” and her latest “Scaling Your Speaking Business”.

The virtual stage will be set for fun! Our own Rhonda Scharf will be keeping us On-the-Right-Track. And joining us from Seattle, Washington Brian Walter will ensure our convention experience will be Extreme. Don’t miss this opportunity to see how a convention should be hosted! 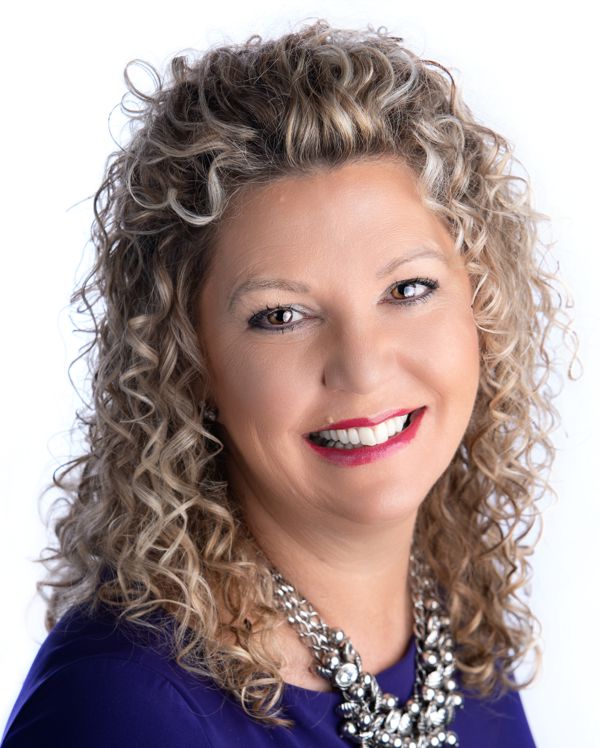 Rhonda is an author, speaker, trainer, and grandmother! She has earned her Certified Speaking Professional, is a member of the Canadian Speaking Hall of Fame, and is one of only 35 speakers worldwide who have earned their Global Speaking Fellow (meaning she truly has an international business), and been awarded the Spirit of CAPS award. She was the first speaker in the entire world to earn all four awards. Her peers consider Rhonda a leader in the speaking industry! Her natural warmth and sincerity are balanced by a healthy sense of the absurd, a combination that is useful in any situation. 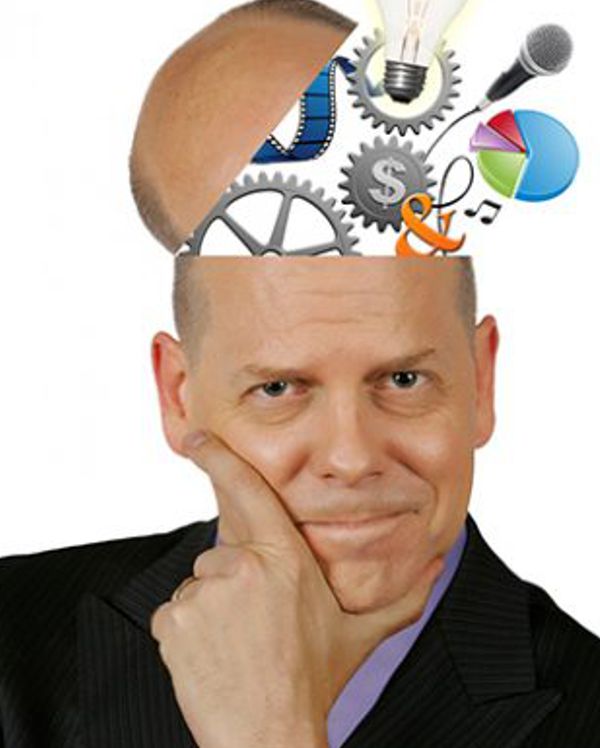 Brian Walter is the President of Extreme Meetings®. For over 25 years, he has specialized in humorous audience interaction and customized “infotainment” to transform boring meetings and into memorable experiences… or simply suck less.

Brian has been an advertising director, award-winning television and radio commercial producer, management trainer, marketing director, freelance video producer, copywriter, speaker, internal communications director, and adjunct college professor. He is a past Guinness Book of World Records holder for producing the world’s shortest TV commercial, a past NSA national president, a 2013 inductee into the NSA Speaker Hall of Fame, and a 36-year husband to the incomparable Karen Walter.

REGISTER NOW AND ADD TO YOUR CALENDAR

If it seems your business looks different from week to week, you are not alone. The world of speaking is changing at breakneck speed, and the use of technology in your speaking business is here to stay.

Download your free copy of the Top 10 Tech Trends you need to know about if you are in the speaking business – and find out if your business has what it takes to grow and thrive.